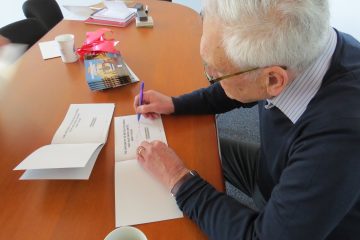 “In 2016 the Pulp and Paper Centre of the University of British Columbia (PPC) celebrated its 30th
anniversary. An event commemorating this milestone took place on 29 May 2016 at which I was asked to
give a seminar on the early years of the Centre. As its founding director, the PPC was my major preoccupation for more than 20 years. Moreover, senior citizens love nothing more than to talk about the “good old days”. After the seminar I was asked to prepare a document on the PPC’s early years, an assignment I accepted with great delight,” said author and PPC founding director, Richard J. Kerekes.

The book is published in a variety of formats: web, print, and two digital versions as downloadable PDF and Flash.